One of the most common aspects of pectus deformity is abnormality of the associated ribcage. This typically affects the lower ribs and the lower edge of the ribcage (the costal arch or margin).

There is a lot of variation in the shape of the costal margin and its shape can change with age, differs in men and women and in body shape particularly central obesity (truncal or abdominal obesity affecting the midriff also known as belly fat). In both pectus excavatum and carinatum as well as mixed deformities the lower ribs can be flared where the ribs and the costal margin either on one (usually the left) or both sides are pulled upwards and stick out. Often Rib flaring can often appear to be the most significant deformity associated with otherwise a minor pectus excavatum or carinatum deformity. Rib flaring can also appear to be isolated without any other obvious abnormality. 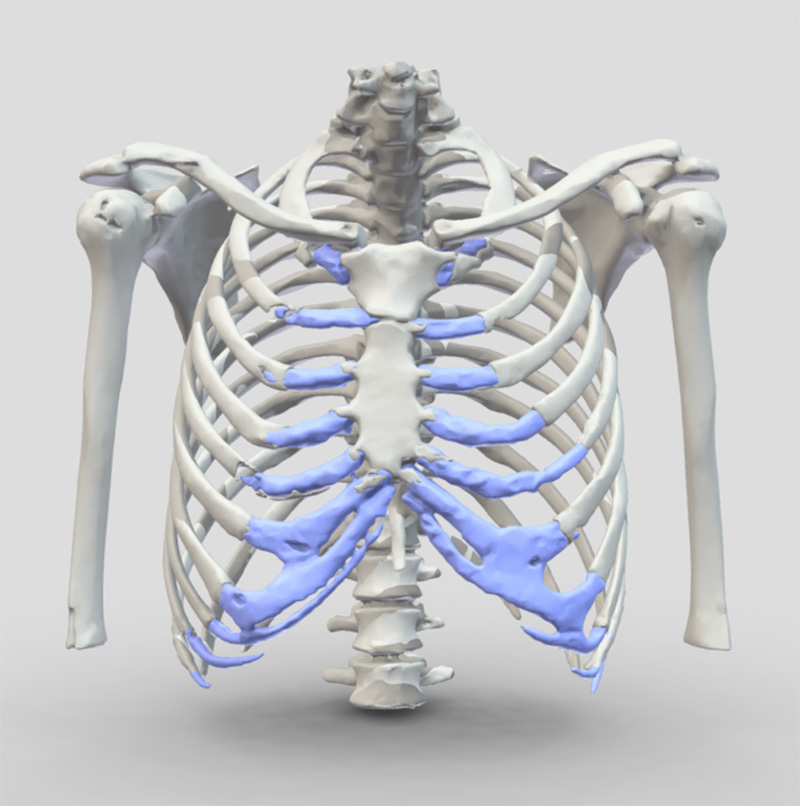 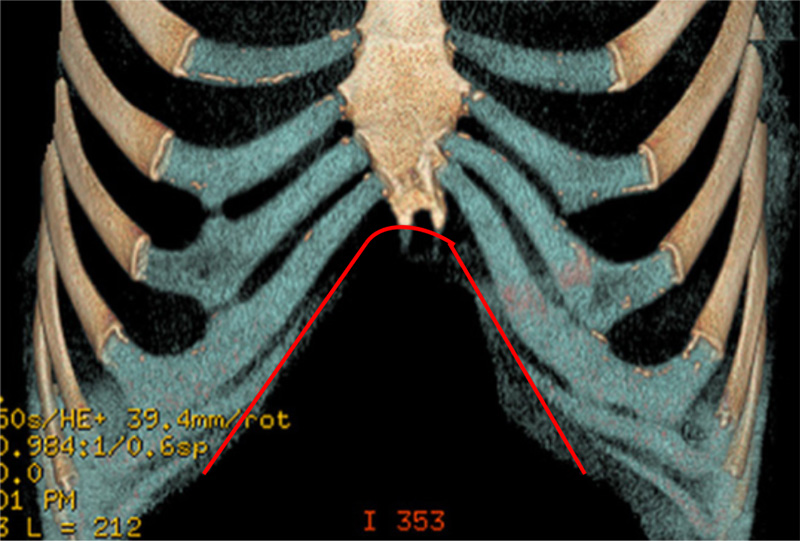 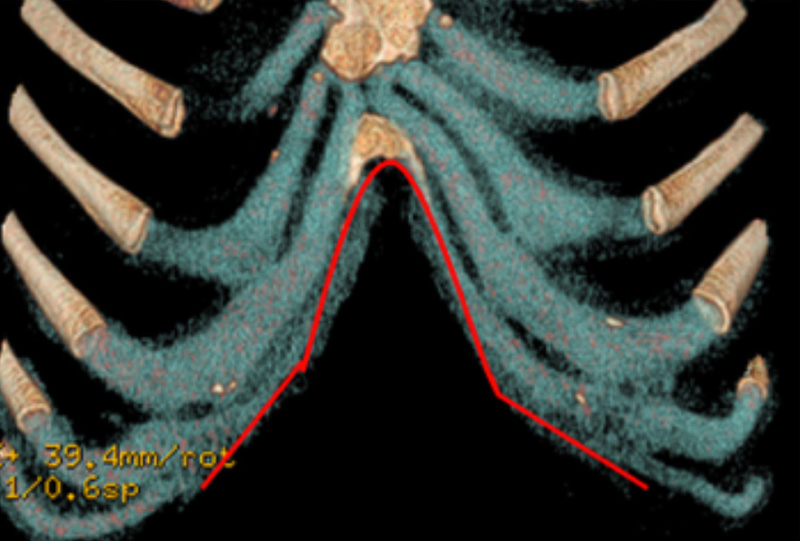 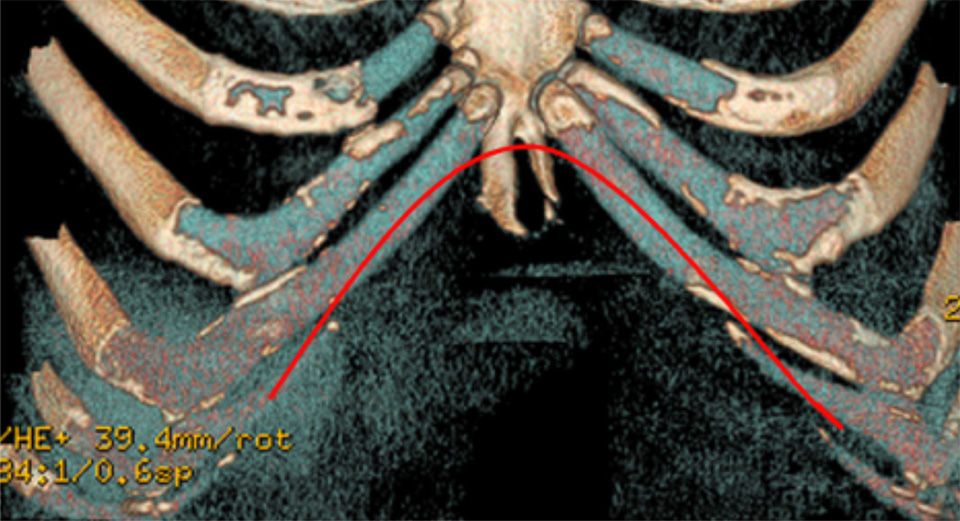 Variation in the shape of the costal margin based on age, gender and physique 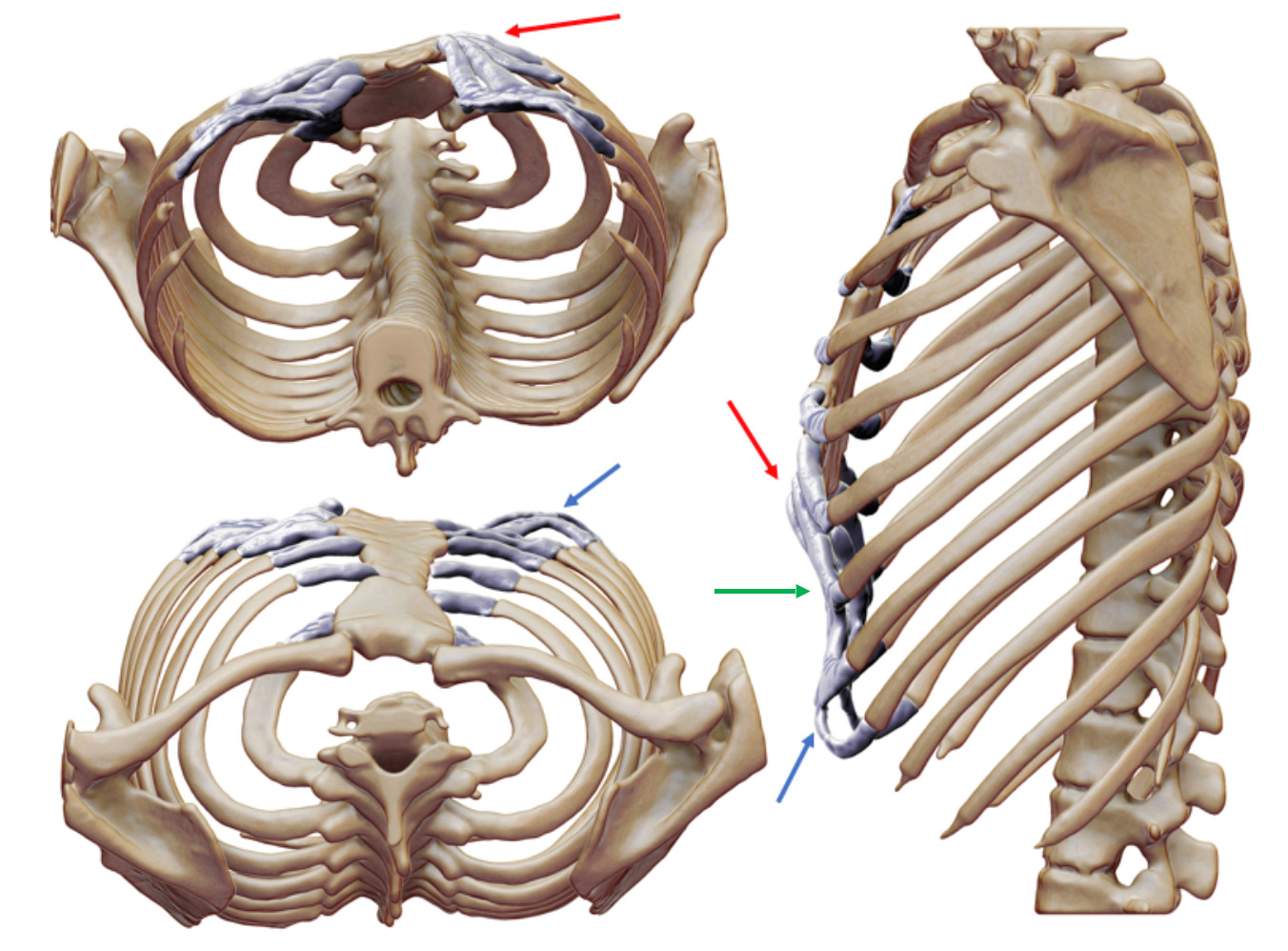 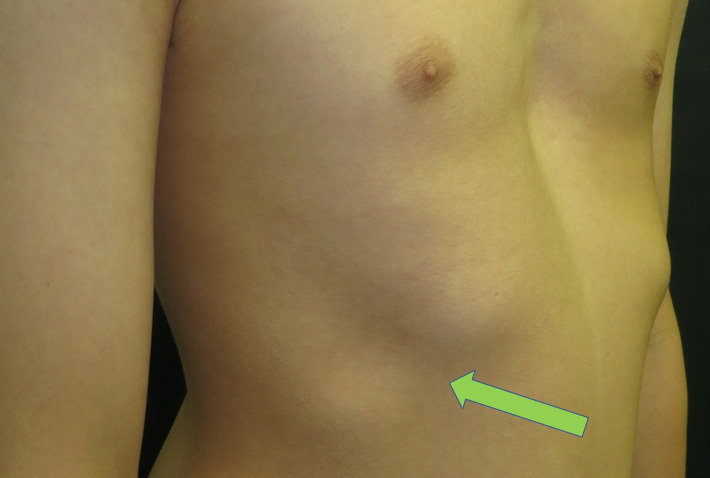 Bilateral rib flare showing a right sided costal arch with a dip (or deficit) (arrow in green) where the lower costal arch has not formed completely. In this case it was associated with slipped rib syndrome. NOTE: Incidental pectus Excavatum. 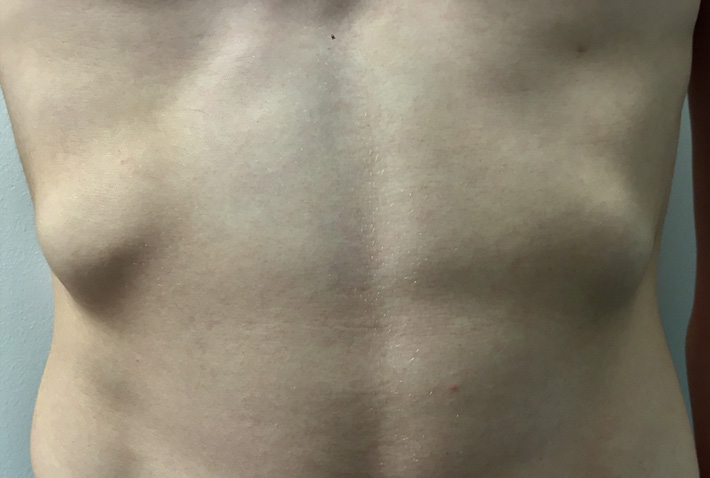 Rib flaring and pectus excavatum. There is a lot of discussion amongst doctors about the best treatment for significant rib flaring as the standard surgical treatment for a pectus excavatum, a NUSS procedure (see Surgery) may not improve rib flaring and some reports have suggested it may even make it more pronounced though once the pectus is corrected over time the flaring may become less apparent. Open (Ravitch or modified Ravitch) procedures in experienced surgical hands may improve the appearance but rib flaring remains a difficult area for the surgeon to tackle. 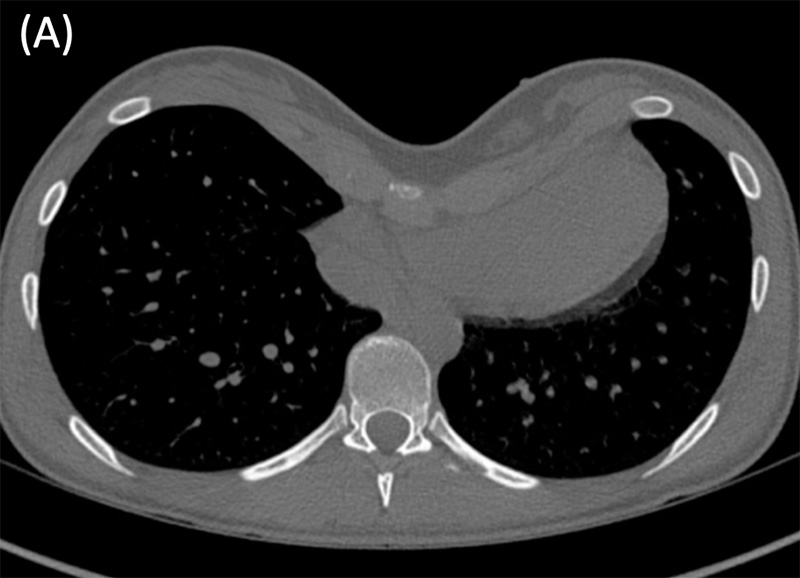 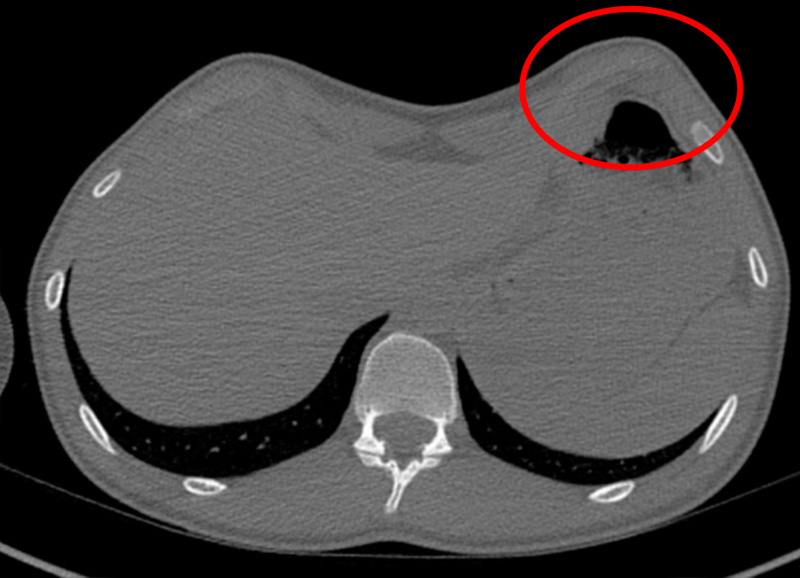 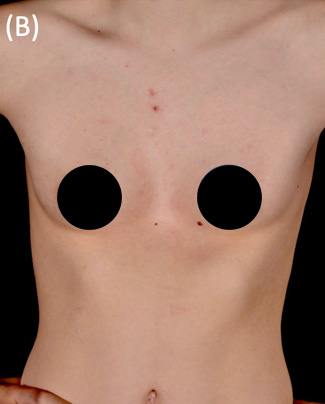 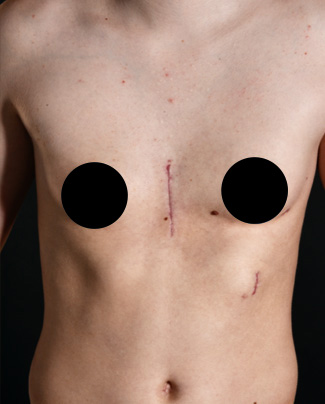 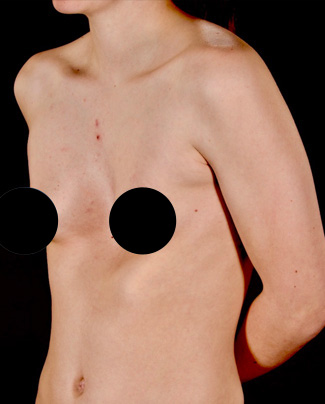 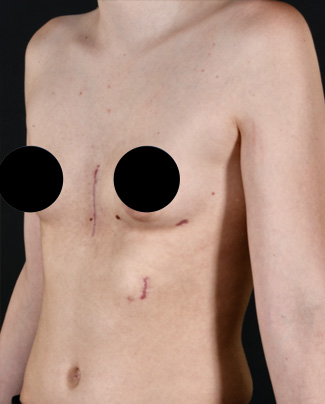 Treatment for rib flare in either pectus excavatum or carinatum in young patients with flexible chest walls is a rib flare strap for milder cases or a rib flare brace for more severe cases. See Bracing treatment – rib flare. 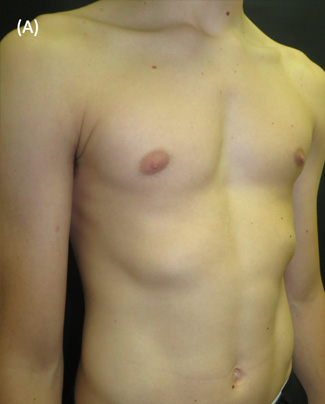 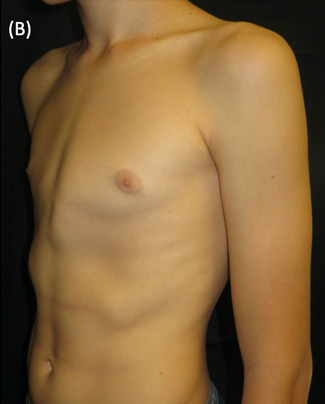 Rib flattening of the lower rib cage, particularly with pectus carinatum can across occur between the sternum and cost margin. It is often on one side and gives its name to more severe forms of pectus carinatum Keel chest. Treatment with pectus bracing and guided physical therapy is effective in correcting. See Bracing treatment – rib flare and treatment Physical Therapy. 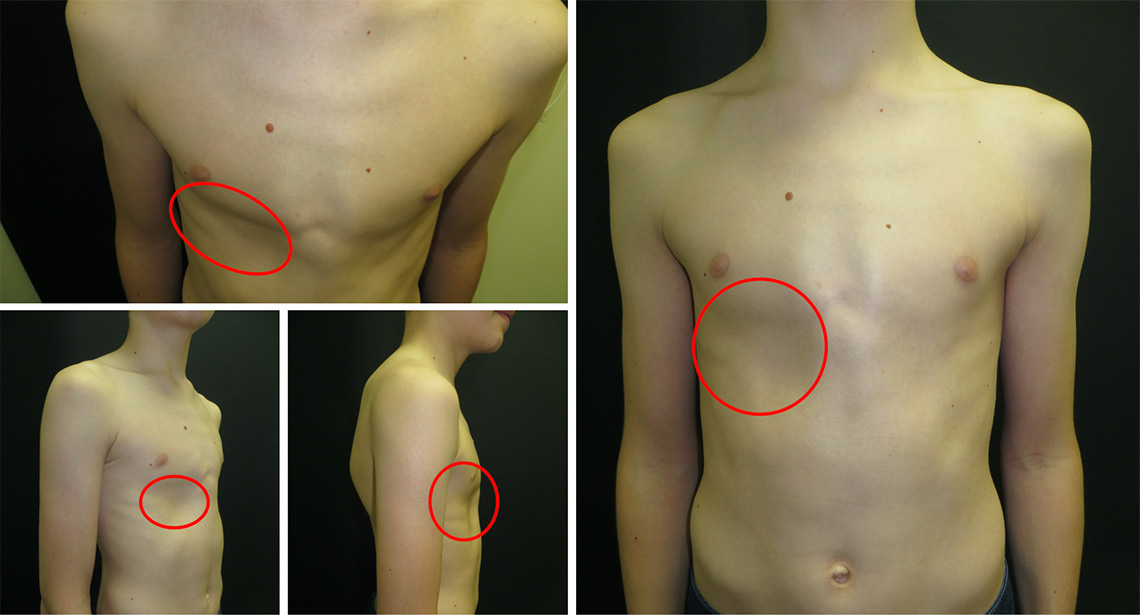 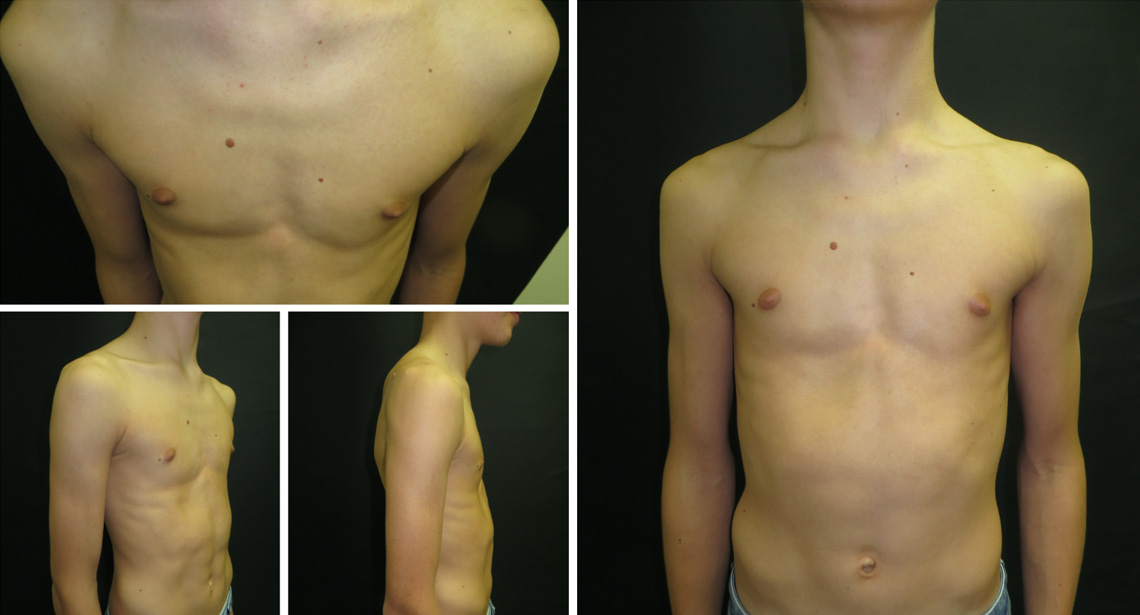 And after pectus bracing treatment