Amy, in her 20's had severe and unremitting chest wall pain associated with her pectus carinatum and had seen several specialists before being referred by a thoracic surgical colleague to Mr Hunt. Following careful assessment including an MRI scan to assess the severity of her pectus and 'quality' of the costal cartilage for abnormal 'sign' which might suggest chronic inflammation (costochondritis), she underwent a successful open pectus carinatum repair. 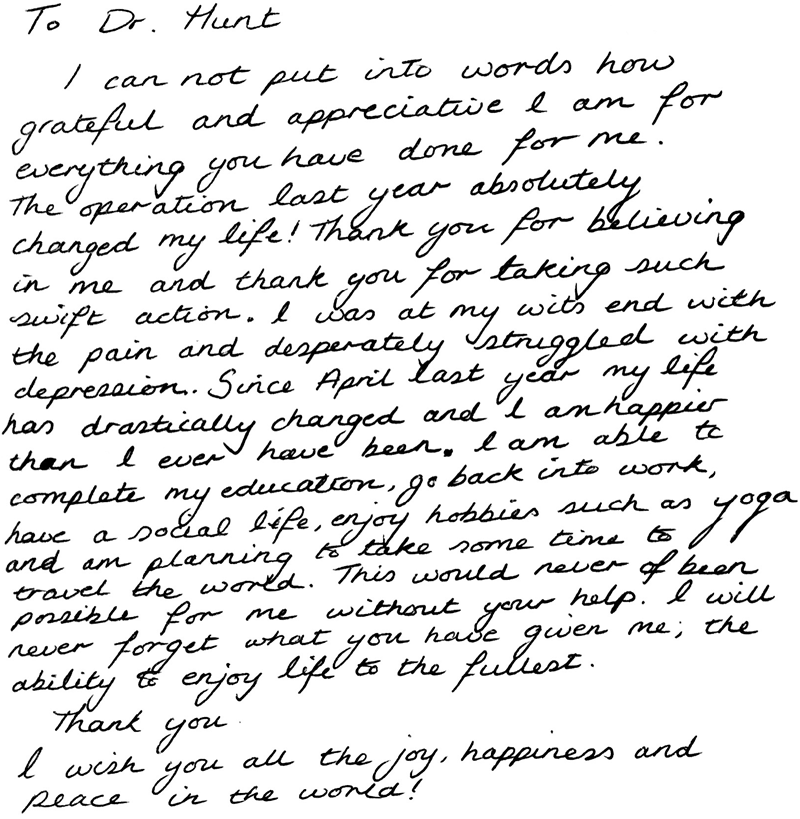 Amy's MRI prior to surgery to correct her pectus deformity. It demonstrates a severe and quite extensive right sided pectus carinatum extending from the second rib to the costal margin of the sixth rib with sternal rotation.